On July 8, 2015, the United States District Court for the Eastern District of Virginia affirmed the decision of the Trademark Trial and Appeal Board ("TTAB") cancelling the federal registrations for six marks incorporating the term REDSKINS (the "Marks") owned by Pro-Football, Inc. ("PFI") on the ground of Section 2(a) disparagement. See Pro-Football, Inc. v. Blackhorse, Case No.1:14-cv-01043 (July 8, 2015).

Talking about Registration, Not the Marks Themselves

At the outset of the opinion and by quoting former NBA star Allen Iverson, Judge Gerald Bruce Lee made clear that PFI would still maintain its common law rights in the Mark:

Just as Allen Iverson once reminded the media that they were wasting time at the end of the Philadelphia 76ers' season "talking about practice" and not an actual professional basketball game, the Court is similarly compelled to highlight what is at issue in this case—trademark registration, not the trademarks themselves.

This decision does not prevent the Washington football team from using its Marks; however, the federal registrations for the Marks, and the benefits derived therefrom, have been cancelled. These benefits include: (1) constructive notice of ownership; (2) evidence of validity, ownership, and the exclusive right to use the Mark; (3) incontestability; (4) rights to prevent the importation of infringing materials; (5) access to federal courts; and (6) treble damages and other remedies against infringers.

Constitutional Challenges under the Lanham Act

The Court held that "Section 2(a) of the Lanham Act does not implicate the First Amendment as the cancellations do not burden, restrict, or prohibit PFI's ability to use the marks[,]" leaving the speech itself uninhibited. Relying on a recent Supreme Court decision discussing specialty license plates incorporating the Confederate flag, the Court further held that "the federal trademark registration program is government speech and is therefore exempt from First Amendment scrutiny." In so holding, the Court found that the registration program conveys the federal government's approval of the mark, that the public closely associates registration with the federal government, and that the government exercises editorial control over the program.

PFI also challenged Section 2(a) as void for vagueness—i.e., the term "disparage" is vague. The Court, however, held that the provision gives fair warning of the conduct it prohibits to "people of ordinary intelligence" and "do[es] not authorize or encourage arbitrary or discriminatory enforcement." Further, the Court found that when PFI applied to register the Marks, "PFI was fully on notice that its marks contained matter that 'may disparage'" as evidenced by several dictionaries, before and during the time of PFI's applications, that defined "redskin" as an offensive term.

The Court also rejected PFI's challenge under the Takings Clause and Due Process Clause. The Court held that PFI's challenge on these bases must fail because "a trademark registration is not considered property under the Fifth Amendment."

In determining that the Marks "may disparage" a substantial composite of Native Americans, the Court examined evidence of disparagement that existed during the relevant time period—i.e., the period in which the registrations were obtained (1967, 1974, 1978, and 1990). Such evidence included: several dictionaries that characterized the term "redskin" as offensive or contemptuous; two renowned journals and an Encyclopedia Britannica referencing the term's disfavor among Native Americans; and statements and resolutions of Native American leaders and groups demanding the name of the team be changed and declaring that the term hasalways been derogatory, offensive, and disparaging.

The Court also rejected PFI's laches claims because the petitioners did not unreasonably delay filing their petition for cancellation with the TTAB and, in any event, there is an overriding public interest in removing disparaging marks from the federal trademark register.

PFI does have the right to appeal this decision. As stated in the decision, PFI can continue to rely of its common law rights in the marks. 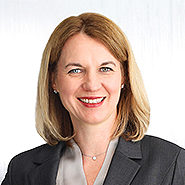