“Control” Your Destiny: Perfecting a Security Interest in Deposit Accounts

When it comes to collateral for a loan, cash is king. All other forms of collateral require liquidation, which entails time, expense, and uncertainty for the lender. To perfect a security interest in a deposit account, the lender must establish "control" over that account. This article discusses the means to obtain that control and the key terms that should be included in a control agreement.

During its due diligence process, the lender should request information regarding the depository banks where the borrower's deposit accounts are held, the purpose of each account, and the amount of cash the borrower keeps in each account.

The lender should obtain a DACA from each third-party depository bank with which the borrower maintains any deposit accounts that have been designated as collateral. A depository bank that signs a DACA agrees to comply with the lender's instructions regarding the borrower's deposited cash, without further action by or consent of the borrower. Such an agreement gives the lender "control" of the deposit account. Many banks have form DACAs that the parties can use as a starting point for negotiations.

In a "blocked" control agreement, the DACA provides that the borrower will have no access to the funds in the deposit account(s) and that the lender will have complete control over the funds. In most cases, however, the DACA provides that the borrower can freely access the deposit account(s) until the depository bank receives a notice of exclusive control from the lender. Generally, such a notice can be given by the lender only if the borrower is in default under the underlying loan. Such an arrangement is commonly referred to as a "springing" control agreement because the lender's control of the account springs into effect only upon the occurrence of certain defined events. Once such notice is given, the depository bank will stop complying with instructions from the borrower regarding the deposit account(s) and will begin complying with, and only with, the instructions of the lender. Either variety of control–blocked or springing–is sufficient for purposes of control and perfection under the UCC.

From the lender's perspective, the DACA should also contain the following provisions:

Although depository banks use different forms of DACA, they are fairly standardized and rarely the subject of much negotiation or discussion. Accordingly, they are a simple and effective way – and often the only way – to obtain a perfected security interest in a deposit account. 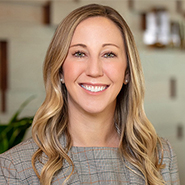