A time-tested relationship, navigating change together

TrustCo was organized in 1981, when Lewis Rice attorneys signed TrustCo's original certificate of incorporation. We have been TrustCo's principal outside legal counsel ever since.

Since our initial engagement to organize TrustCo as a bank holding company over 30 years ago, the financial services industry has experienced immense change. TrustCo has changed, too. From the savings and loan crisis of the late 1980s resulting in the Financial Institutions Reform, Recovery and Enforcement Act of 1989, to the financial services modernization in 1999 under the Gramm-Leach-Bliley Act, the corporate and accounting scandals that led to the Sarbanes-Oxley Act of 2002, and more recently, the financial crisis that led to the Dodd-Frank Wall Street Reform and Consumer Protection Act enacted in 2010, it is fair to say that banking today is vastly different from how it was in 1981.

Throughout this period, our banking attorneys have worked with TrustCo to help it anticipate, adapt, and grow. We advised TrustCo in connection with mergers and acquisitions, which were particularly numerous in the 1980s and 1990s, and the conversion of its subsidiary bank to a national bank charter and then to a federal savings association. We further assisted TrustCo in response to the additional obligations imposed upon it, as a SEC-registered company, under Sarbanes-Oxley and Dodd-Frank. The merger of TrustCo's principal subsidiary into a federal savings association resulted in TrustCo's becoming a savings and loan holding company and, more importantly, provided TrustCo's subsidiary institution with the strategic advantage of establishing branch offices in states into which it, as a commercial bank, would otherwise have been unable to expand. TrustCo began an expansion program in 2002 with 56 offices and $2.5 billion in assets. At the end of 2014, a period that encompassed the worst financial crisis since the Great Depression, TrustCo had $4.6 billion in assets with 144 branches across five states.

In the midst of immense instability in the banking industry over the years, our lawyers have helped TrustCo anticipate changes in the market, adapt and thrive as a profitable company. 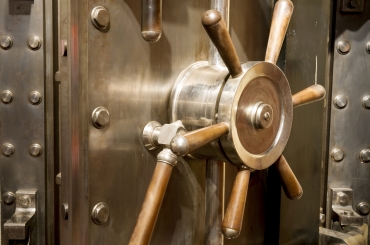