Lewis Rice is pleased to introduce its Summer Associate Class of 2021, which hails from five different law schools and 11 universities. More information on each summer associate follows.

Hilary ("Hilli") graduated from William Jewel College in 2018 with a major in philosophy and French from the Oxbridge Honors Program. She spent her junior year at the University of Oxford at Mansfield College, where she rowed crew. Her studies in philosophy led to an interest in the law, which she confirmed while working as a legal assistant for the Murphy Law Firm for two years before starting law school.

Upon graduating from the University of California, Berkeley, Tom was commissioned as an officer in the United States Navy through UC Berkeley's Navy ROTC program. Following the completion of the Navy's two-year nuclear propulsion training pipeline, Tom served onboard two nuclear ballistic missile submarines. Following completion of his five-year service commitment, Tom coordinated military and veteran relationship management across Colorado for US Sentator Michael Bennet. Most recently, Tom served as a technical project manager for the State of Oregon.

During college, Peyton was president of Phi Alpha Delta Pre-Law Fraternity, vice president of the undergraduate mock trial program, and an academic fellow in the Kinder Institute on Constitutional Democracy. She interned for the Missouri Attorney General's Office and was a copy editor at the Columbia Missourian. Peyton was a paralegal for the housing law program at Legal Services of Eastern Missouri and served on St. Louis Public Radio's Young Friends board. She is the public outreach chair of the Health Law Society and was on the winning team for the in-house Tax and Transactional Law Competition.

After college, John worked in the automotive industry in a variety of different areas at the dealership, from sales to service. He concluded his employment as a service manager where he supervised more than 50 union employees.

During college, Cyrie majored in applied mathematics and minored in writing. Following graduation, Cyrie worked in New York City at Tory Burch in Global Planning, and most recently, at Tapestry, Inc. as the Senior Manager of the Wholesale Division for Coach.

After graduating from Saint Louis University and becoming a Certified Public Accountant, Toni was a tax associate for BKD CPAs and Advisors and a tax preparer for Catherine L. Schlueter, CPA. In law school, Toni is ranked third in her class, and she is a member of KU Women in Law. Outside of school, Toni is the principal French horn for the Kansas City, Kansas Community Orchestra. She is also a member of the KC Horn Club.

Patrick spent his 1L summer with Lewis Rice. Throughout college, Patrick worked in Missouri politics, interning on Eric Schmitt's campaign for State Treasurer and subsequently in Schmitt's office in the capitol. During his junior year summer, Patrick interned with Booz Allen Hamilton in Washington, D.C., where he helped design a prototype mobile application for the DC Metro. Patrick is the General Managing Editor of the Saint Louis University Law Journal.

During her 1L summer, Grace interned for Judge Mary R. Russell at the Missouri Supreme Court and Judge Philip M. Hess at the Eastern District Missouri Court of Appeals as a Judge Lawrence G. Crahan Judicial Fellow. During college, Grace competed on the USA Shooting International Trap Team. She also interned for the Arkansas Attorney General Leslie Rutledge's Office and for Magistrate Judge Willie J. Epps, Jr. for the Western District of Missouri. She will be the 2021-22 Managing Editor of the Missouri Law Review.

Jenna spent her 1L summer with Lewis Rice. Before law school, Jenna worked for two different Department of Defense agencies, performing internal auditing and contracting work. In undergraduate, she studied abroad in Germany and taught English in South Korea for a year. She will be the Editor-in-Chief of the Saint Louis University Law Journal, Volume 66.

Ryan spent his 1L summer at Lewis Rice. At the University of Notre Dame, Ryan was a member of the men’s soccer team, served as a team representative for the Student Athlete Advisory Council, and majored in political science. He serves as an editor on the Saint Louis University Law Journal.

Andrew spent his 1L summer with Lewis Rice. He graduated from Missouri S&T in 2011 and worked for eight years in the automotive industry, designing and programming factory automation. After years of careful consideration, Andrew followed his call to law school at the University of Missouri in Columbia. Outside of classes, Andrew was a member of the 2019 Mizzou Mock Trial team and was part of the winning team for the in-house mock trial competition.

Chance spent his 1L summer with the Lewis Rice Kansas City office. In college at the University of Missouri - Columbia, Chance worked for a car dealership in various roles ranging from lead detailer to salesman to buyer. There he honed his skills in problem solving for clients, negotiating, and decision-making. He is ranked first in his class at UMKC, where he is a member of the Federal Bar Association for the Student Division. He also serves as an articles editor for the UMKC Law Review. 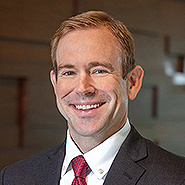 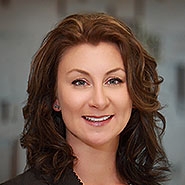