Lewis Rice is pleased to introduce its Summer Associate Class of 2020, which hails from six different law schools and 11 universities. More information on each summer associate follows.

Jordan began his career working for United Airlines, which solidified a life-long love of travel, learning about new cultures, and trying new cuisines. In college, Jordan spent some time in Turkey studying the intersection of Turkish politics and Islam. After leaving United Airlines and working in the claims department for a commercial insurer, he knew his skills were suited for law school, and he began studies at the University of Illinois in Urbana-Champaign.

At the University of Notre Dame, Ryan was a member of the men’s soccer team, served as a team representative for the Student Athlete Advisory Council, and majored in political science. Prior to college, Ryan moved from Oklahoma to Kansas City to join the Sporting Kansas City Professional Development Academy for his high school years.

Andrew graduated from Missouri S&T in 2011 and worked for eight years in the automotive industry, designing and programming factory automation. After years of careful consideration, Andrew followed his call to law school at the University of Missouri in Columbia. Outside of classes, Andrew was a member of the 2019 Mizzou Mock Trial team and was part of the winning team for the in-house mock trial competition.

Josh is a Vice President of the Corporate and Business Law Association and a Fall 2019 Harno Scholar. He is a lifelong Central Illinois resident, and he graduated from Southern Illinois University Edwardsville in 2019 with a perfect 4.0 GPA and a double major in economics and political science. In undergraduate, Josh worked as a statistics and writing tutor, and he interned for the Macon County State’s Attorney’s Office.

During her undergraduate years at Wash U, Caitlin studied abroad in the Czech Republic. She interned for the House Judiciary Committee in Washington, D.C. and the St. Louis Circuit Attorney’s Office in the Crime Strategies Unit. She also found time to serve as an activities coordinator for a child literacy group, where she planned the weekly curriculum for school trips and coordinated work with volunteers. Most recently, for a year between undergraduate and law school, Caitlin worked as an immigration paralegal.

In college at the University of Missouri - Columbia, Chance worked for a car dealership in various roles ranging from lead detailer to salesman to buyer. There he honed his skills in problem solving for clients, negotiating, and decision-making. He is ranked first in his class at UMKC, where he is a member of the Federal Bar Association for the Student Division.

James spent his 1L summer at Lewis Rice. He completed both his undergraduate and graduate degrees in accountancy with a perfect 4.0 GPA. In college, he studied abroad in Prague and spent time working as a tax intern at Brown Smith Wallace. After graduation, he became a CPA, preparing federal, state, and local tax returns for corporate and partnership clients at KPMG. While James was with KPMG, he spent a few months working exclusively at Edward Jones, where he assisted with tax compliance, month-end procedures, and work-paper development.

Devin spent his 1L summer at Lewis Rice. In college, Devin was quarterback and captain of the football team, Vice President of his fraternity, and a resident assistant. He also studied abroad in Cuba and later conducted game-theory empirical research in Havana involving the introduction of capitalism into the Cuban economy. More recently, Devin served as the Treasurer for the Student Bar Association and was the Washington University Law Liaison for the BAMSL Young Lawyers Division.

Joanna spent her 1L summer at Lewis Rice. She currently serves as Commentaries Editor for the Washington University Law Review and looks forward to teaching the undergraduate course “Law, Gender, & Justice” in the Fall. During her final years of undergraduate at the University of Minnesota, Joanna served as Editor in Chief for the campus literary magazine, was elected President of her college student board, and completed her thesis, “Domestic Implications of Female Participation in the Legal Profession.”

Nate is returning for his second summer. Before college, Nate was the inaugural winner of the U.S. Army/Pro-Football Hall of Fame National Award for Excellence. At Washington University, he played football while double majoring in political science and psychology. As team captain, he was awarded the Darryl Sharp Memorial MVP Award and was inducted into the National Football Foundation & College Hall of Fame Hampshire Honor Society. During his college summers, Nate interned for the Sangamon County State’s Attorney’s Office and worked at a local golf course in his hometown of Springfield, Illinois.

Julian spent his 1L summer at Lewis Rice. This past academic year, he was a member of the University of Arkansas traveling transactional team and won the 2020 Transactional LawMeet Competition. He is also the managing editor of the Arkansas Law Review. In undergraduate, Julian was the captain of the men’s rugby team and garnered the Bernard Sylvester Award for Excellence in Philosophy at Niagara University. After college, Julian worked as a student loan collector, where he serviced defaulted student loans in compliance with federal law. He also managed operations at the Natural Muse, a restaurant in burgeoning Bentonville, Arkansas.

Brigid spent her 1L summer at Carter Law Offices in Kansas City, Missouri, where she conducted legal research on unjust enrichment, piercing the corporate veil, and collateral estoppel. She also served as a judicial intern for the Honorable Judge Newton of the Missouri Court of Appeals, Western District. In law school, Brigid is third in her class and a member of UMKC Law Review. She is a Lawyering Skills Teaching Assistant and UMKC Law Admissions Emissary.

Malik spent his 1L summer with the Lewis Rice Kansas City office, where he performed legal research in a multitude of practice areas, drafted agreements and engagement letters, and attended depositions and court proceedings. In January 2019, Malik served as a winter judicial intern, shadowing Judge John Clark, for the Missouri Public Service Commission. In law school at the University of Missouri - Columbia, Malik is the Academic Chair of the Black Law Students Association. 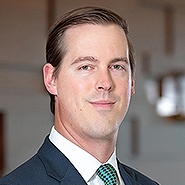