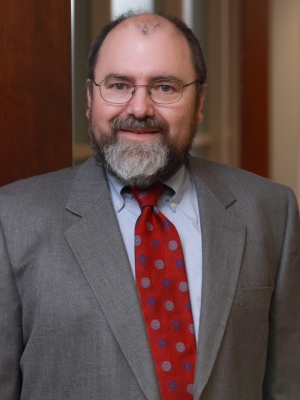 Best Lawyers in America® has named St. Louis members Thomas C. Erb, Benjamin A. Lipman, Joseph E. Martineau, and Andrew Rothschild as well as Kansas City member John C. Hickey among their "Lawyers of the Year" for 2017. Best Lawyers compiles lists of outstanding attorneys by conducting exhaustive peer-review surveys in which thousands of leading lawyers evaluate their professional peers. Only one attorney in each practice area and designated metropolitan area may receive the honor of "Lawyer of the Year."

Chairman of Lewis Rice, Tom represents lenders and borrowers in hundreds of financing and investment transactions, from documentation to closing, giving him the judgment and perspective to provide practical advice to his clients. He advises financial institutions and other businesses in a broad range of financing and commercial lending transactions, including working capital- and asset-based loans, real estate and construction loans, acquisition financings, senior secured loans, mezzanine loans, leveraged financings, debt offerings, and loan restructurings and workouts. Tom has extensive experience assisting companies acquiring assets in distressed situations, and he works closely with our restructuring and workout group in such transactions. He previously received the "Lawyer of the Year" award for mergers & acquisitions law in 2016 and has been included in Best Lawyers' annual list since 2007.

John represents both lenders and borrowers on billions of dollars of mortgage loans on all types of commercial property including hotels, condominiums, golf courses, apartments, shopping centers, and residential developments. He also handles equipment leasing, mortgage warehouse financing, and asset-based lending. Furthermore, John represents lenders and borrowers on real estate loans and loan workouts of all sizes and types. Best Lawyers has included him in its annual list since 2001.

Ben's primary focus is on media and communications law, though he also practices commercial litigation and real estate law. Ben's media law practice involves all aspects of representing the press: from libel and privacy defense, to open records and meetings disputes, fighting subpoenas, prepublication review, and intellectual property litigation and transactions. His clients included major media companies from around the country. He represents newspapers, television stations, radio, cable, new media, book and music publishers, musicians, and writers, among others. Additionally, he authors articles on media law issues and provides commentary on the radio and television regarding media law issues. Best Lawyers has included Ben in its annual list since 2010.

Joe focuses his practice on media and communications law as well as intellectual property law, health law litigation, and complex commercial litigation. His clients include local and national major media representatives. Joe frequently writes articles and publications in the fields of defamation and invasion of privacy law, the First Amendment, and media law in general. Furthermore, he teaches communications law to journalism students at Washington University as part of its adjunct faculty. Joe previously received the "Lawyer of the Year" award for litigation - First Amendment in 2012 and 2016, and he has been included in Best Lawyers' annual list since 2005.

Andrew's broad litigation practice is the culmination of more than 40 years of advising and representing clients in matters relating to admiralty; commercial; environmental, chemical, and toxic tort; insurance; natural resources and alternative energy; and professional liability. Best Lawyers has included him in its annual list since 2007.