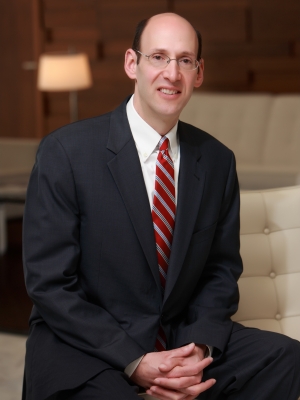 Brexit and Intellectual Property: Keep Calm and Carry On

September 2016Kirk A. Damman, John B. Greenberg, Frank B. Janoski
Share This Page

The now iconic (and much parodied) "Keep Calm and Carry On" poster was developed by the British government as a morale booster during World War II. However, the message might now be more valuable than ever, especially to those worried about how the United Kingdom's (UK's) vote to leave the European Union (EU), dubbed "Brexit," will affect their intellectual property (IP) portfolios.

We have received numerous inquiries concerning exactly what will happen to IP portfolios in the EU and the UK. We have consulted with our European colleagues on this issue and we are pleased to share their responses.

Question 1: Is there any immediate effect on my EU or UK IP holdings from Brexit?

None whatsoever. It's business as usual. Although the UK has decided to leave the EU, an official exit has not yet taken place; the UK will in due course begin a process of negotiating an exit from the EU that will take at least two years. Even after the UK formally leaves the EU, the effect on your IP rights is likely to be limited.

Question 2: So, how does Brexit affect my European patent that I validated in the UK last year?

First, a quick note about terminology. The EU is the union involving (at present) 28 states in Europe. The European Patent Convention (EPC) is a multi-lateral treaty among so-called "contracting States." Membership in the EU is not necessary to join the EPC: of the 38 contracting States to the EPC, 10 are not members of the EU.

Because the EPC and EU are distinct entities, there is no effect from Brexit on EPC patents validated in the UK, either now or in the future. This is because it is envisioned the UK will remain a contracting State of the EPC, even though it might not be a member of the EU in the future.

Question 3: My patent is pending as a Patent Cooperation Treaty (PCT) Application, and I had intended to get coverage in the UK as well as other European countries. Do I need to file in the UK outside of the EPC, or just the EPC to catch all three countries?

You can just file the EPC patent as normal. The UK remains and will continue to be a contracting State of the EPC, even once it has left the EU.

The PCT is yet a further international treaty and is also not related to the European Union. The UK joined the PCT in 1978 (in fact, on the very same day as did the US) and will continue to be a member after leaving the EU.

Question 4: Is it fair to say that Brexit hasn't changed anything for patents?

That's correct. Nothing has changed when it comes to European patent filings.

Question 5: I know there has been prior movement to a single European patent and a unified European patent court, but it hasn't happened yet. How are these things affected?

By way of background, the Unitary Patent (UP) will cover 26 of the 28 EU member States that are in the EPC (Spain and Croatia are the two countries that have decided not to participate). The other 10 contracting States to the EPC cannot take part in the UP.

The UP is not yet operational. It cannot start operating until at least 13 EU member States ratify a separate agreement on the Unitary Patent Court (UPC). Three of the 13 member States to ratify must be France, Germany, and the UK. Germany and the UK have not ratified the UPC.

It is not clear how the UP and UPC will be affected when the UK leaves the EU. This will need to be negotiated as part of Brexit. It is hoped that the UK will be able to continue to participate in the UP and UPC, and efforts are underway toward this goal. Even if that can't be achieved, protection will still be available by validating your EPC patent in the UK, as normal.

Question 6: What about my registered EU trademark? I know that it is in the EU and not the EPC so will I still have coverage in the UK?

Question 7: If the registration systems will change and I have a trademark I'm looking to register in the UK and other European countries, do I need to file in the UK outside of filing in the EU in anticipation of the separation?

At the moment, no. An EU trademark will still cover the UK up until the date when the UK formally leaves the EU. After that, there is some uncertainty. It may be necessary to take additional steps at that time to ensure that the EU trademark is converted into a UK national registration alongside the original EU trademark. Alternatively, it might be agreed between the EU and the UK that this conversion would happen automatically.

There is nothing to prevent the filing of parallel UK and EU trademark applications as a precaution. However, all marks filed prior to the separation's actually occurring are expected to be covered by some form of transition coverage to ensure protection in the UK after the separation.