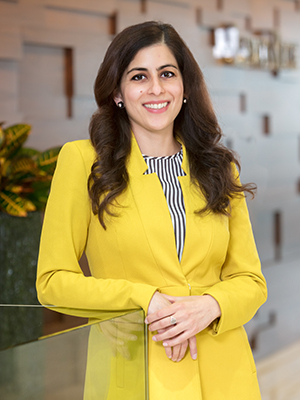 Fatima G. Khan is a member of Lewis Rice's Immigration/Inmigración Practice Group. Fatima has significant experience in immigration law, both stateside and consular processing, including securing immigrant and nonimmigrant visas for both employment-based and family-based immigration matters, naturalization, waivers of inadmissibility, asylum, and removal proceedings.

In 2001, Fatima received the Robert Bosch Foundation Fellowship, a distinguished transatlantic program with work placement in the German Ministry of Justice in Berlin and United Nations High Commissioner for Refugees Sub-Office in Nuremburg. Fatima is conversational in German and Hindi/Urdu. She also maintains basic skills in American Sign Language.