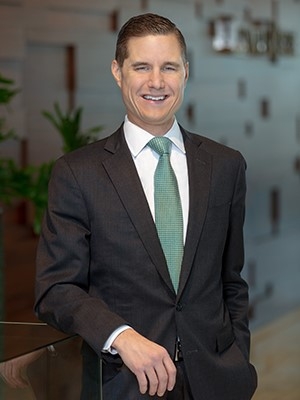 On June 11, 2018, the U.S. Supreme Court held that the timely filing of a class action does not permit the maintenance of subsequent “follow-on” class actions after expiration of the statute of limitations. This decision, in China Agritech, Inc. v. Resh, offers greater certainty to defendants that the limitations period applicable to claims provides an endpoint for potential class-wide liability.

The Supreme Court reversed the Ninth Circuit’s ruling in a majority opinion authored by Justice Ruth Bader Ginsburg and joined by the other justices except Justice Sonia Sotomayor, who concurred in the judgment. In its decision, the Court held that the timely filing of a class action does not permit successive class actions raised by absent class members to be filed outside the statute of limitations. Instead, any additional class filings should be made early on, after commencement of the first action seeking class certification. The Court reasoned that principles of efficiency, federal procedural rules, and the Private Securities Litigation Reform Act of 1995 (“PSLRA”), which governed plaintiffs’ claims, all favor early assertion of competing class claims so that the district court can select the most suitable class representative and class counsel among potential candidates. The Court also noted that a contrary rule would create an inefficient and inequitable result: a “limitless” time for filing successive class suits, which may allow counsel seeking to represent a plaintiff class to re-file their class action until they find a district court willing to grant class certification. The Court reasoned that such a result would be contrary to the principles of efficiency underpinning federal procedural rules and was not supported by the rationale of American Pipe. Justice Sotomayor concurred in the judgment, but argued that the Court’s ruling should be limited to class actions arising under the PSLRA.

This opinion provides greater certainty to class-action defendants with respect to limitations periods. Under China Agritech, plaintiffs seeking to prosecute class actions cannot circumvent the applicable limitations period by filing successive class actions or “piggybacking” on the class actions of other plaintiffs. As the Court put it, plaintiffs will no longer have “limitless bites at the apple.” Defendants now have greater certainty that defeating a class action in the first instance will minimize, or even eliminate, class-wide liability upon expiration of the limitations period. Plaintiffs in China Agritech and others argued that the rule ultimately adopted by the Court would engender a multiplicity of “protective” class-action filings by plaintiffs seeking to preserve their rights to prosecute class actions once one such action is filed. The Court, however, found “little reason” for such concern. The Court observed that several Courts of Appeals had already adopted the rule it espoused in China Agritech, and no showing was made that those Circuits have experienced a disproportionate number of such “protective” class-action filings.

Whether China Agritech will precipitate an upsurge in the filing of “protective” class actions remains to be seen. For now, however, defendants have greater certainty that the limitations period applicable to claims provides a clear endpoint for potential class-wide liability.

The attorneys at Lewis Rice have extensive experience in defending class actions.  If you have questions about this case or need assistance in this area, contact an attorney above.