Bonds guaranteeing aspects of a contractor’s performance cost money. The cost of bonding is typically included or excluded from a contractor’s bid depending on whether an owner asks that the bonding be provided in its solicitation or request for proposal. Generally, if an owner’s solicitation does not expressly require the provision of bonds, a contractor will not have to provide bonds if it is awarded the contract.

As we learned in late 2018, however, this is not true for many Federal construction contracts.

On November 5, 2018, in K-Con, Inc. v. Sec'y of Army, 908 F.3d 719, the Federal Circuit affirmed the Armed Services Board of Contract Appeals’ decision that bonding requirements were mandatory in two government construction contracts – even though the government’s solicitation did not expressly include a bonding requirement and the solicitation did not refer to the Federal Acquisition Regulation (FAR) that requires bonds be provided.

In K-Con, the Army solicited quotations for the design and construction of a laundry facility and the construction of a communications equipment shelter. K-Con was awarded the two contracts in September 2013. In October 2013, the Army asked K-Con to provide performance and payment bonds before the Army would proceed. K-Con provided the bonds almost two years later. K-Con then asked for the costs it incurred as a result of the two-year delay in performance. The contracting officer denied the request on the basis that the bond requirements “were incorporated into the contracts at the time they were awarded.” On appeal, the Armed Services Board of Contract Appeals agreed with the contracting officer.

In its Opinion, the Federal Circuit noted the Standard Form 1449 Solicitation/Contract/Order for Commercial Items did not include an express requirement that performance and payment bonds be provided. The Court noted, however, that under a Federal doctrine known as the “Christian doctrine,” a court may insert a clause into a government contract by operation of law if (1) the clause is mandatory and (2) it expresses a significant or deeply ingrained strand of public procurement policy.

In reaching the first prong of the Christian doctrine, the Court found that because the Miller Act “explicitly states that the bonds ‘must’ be furnished, and the FAR both requires the bonds and directs insertion of the relevant clause” the bond requirements were mandatory. In reaching the second prong of the Christian doctrine, the Court concluded that based upon the Miller Act’s long-standing existence and legislative history, payment and performance bond requirements are “deeply ingrained” in procurement policy. 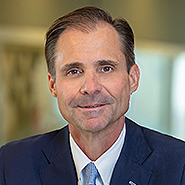