Bridget Hoy knows how to advocate for her clients and gives strategic representation to them in defense of complex commercial litigation, or in protection of their important trademark rights. She has tried several multi-million dollar cases to favorable outcomes in both state and federal courts. She also maintains substantial trademark portfolios before the United States Patent and Trademark Office and trademark tribunals around the world for individuals, start-ups and some of the country’s most sophisticated companies.

Fighting for favorable outcomes is as important to Bridget as amicably resolving disputes at appropriate times. Thus, Bridget has honed alternative dispute resolution skills. She is an American Arbitration Association panel member and serves as a certified mediator for the federal district court in Missouri.

Bridget is a valued member of the Firm's Management Committee and the Board of the Ronald McDonald House Charities in St. Louis. 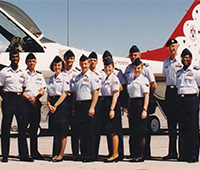 Before pursuing her law career, Bridget served for six years in the United States Air Force. 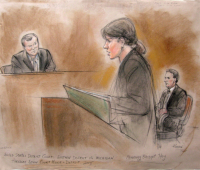 Bridget has regularly handled multi-million dollar matters at trial and on appeal, including obtaining a $59M verdict on behalf of a non-profit community health clinic as well as a directed verdict against an $11M de facto merger claim.