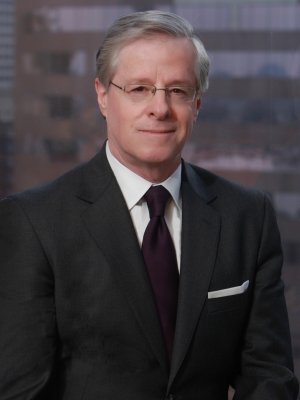 As senior counsel at the Firm, Barry A. Short has more than 40 years of litigation experience in federal and state courts. His principal areas of practice include white collar criminal defense, complex commercial litigation, mass torts, securities, and internal investigations. He represents individuals and corporations in all varieties of criminal prosecutions.

He successfully argued the case of Sell v. United States in the U.S. Supreme Court. A landmark decision, the Supreme Court imposed stringent limits on the right of a lower court to order the forcible administration of antipsychotic medication to a non-dangerous pretrial detainee. The detainee had been found incompetent to stand trial for the sole purpose of making him competent and able to be tried.

Barry lectures at continuing professional education programs and taught trial advocacy as an adjunct professor at Washington University in St. Louis School of Law. He was selected by his peers for inclusion in The Best Lawyers in America® 2006-2021; was selected for inclusion in Missouri & Kansas Super Lawyers® 2005 and 2007-2020; is listed among Who's Who Legal: The International Who's Who of Business Crime Defense Lawyers for 2009-2010 and 2013; and is listed in Chambers USA- America's Leading Lawyers for Business Litigation: White Collar Crime, Government Investigations 2007-2008. Barry was also named "St. Louis Criminal Defense: White-Collar Lawyer of the Year" for 2011-2012 and 2018 and "St. Louis Bet-the-Company Litigation Lawyer of the Year" for 2020 by The Best Lawyers in America®. He is AV® Preeminent™ Peer Review Rated by Martindale-Hubbell.