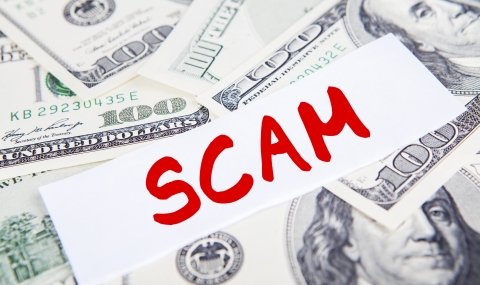 In a unanimous jury verdict, the Missouri Circuit Court for the County of Polk ordered defendant Eric Schmickle to pay $30 million in punitive damages to the plaintiffs, Randy Gori and Barry Julian, in an investment fraud case. Lewis Rice attorney Joseph J. Trad represented the plaintiffs, partners of an Edwardsville, IL asbestos law firm, who lost a combined $98,898 to Schmickle, an unlicensed commodities broker operating in Bolivar, MO. Schmickle was already ordered to reimburse actual damages under a summary judgment motion.

For about two years, Schmickle ran a commodity futures Ponzi scheme through Q Wealth Management and Aquinas SF LLC. He reported false profits on customer investments, induced future investments, and misappropriated funds. Defrauding at least 10 customers of at least $4 million, Schmickle lost or misappropriated most of the funds for his business or personal use and paid fake returns using the funds of other customers. Plaintiffs sought punitive damages to hopefully deter others from committing similar offences.

John Hall has served as lead counsel for debtors seeking to reorganize under chapter 11, including a technology company in need of expedited relief in bankruptcy and facing the threat of seizure of all of its assets. John obtained confirmation of a reorganization plan that allowed the company to continue in business and maintain its employees, all in the face of sustained and vigorous opposition. (The bankruptcy court’s confirmation of the plan is reported at In re STC Inc., Case No. 14-41014, 2016 WL 3884799 (Bankr. S.D. Ill. April 7, 2016)). The plan confirmation has been cited in multiple journals for its creativity and use of complex principles to preserve a company while treating creditors fairly. See ABI Journal, “Cramdown for Unsecured Creditors: Since When Does “Best Interests” Mean Less Interest?” (DiCastri and Greenawald, May 2018); Plan Proponent, “Application of Till v. SCS Credit Corp. to Unsecured Creditors” (Bury, D., May 2016).

John Hall routinely counsels purchasers at distressed sales, including sales arising in foreclosures, receiverships, assignments for the benefit of creditors, and section 363 sales in bankruptcy. In one particularly notable case, John served as lead bankruptcy counsel to a bidder in a section 363 sale for a multi-million dollar company in New Mexico. By the time John’s client learned of the sale, the initial auction had already occurred. Within 48 hours, John was able to convince the bankruptcy court to set aside the initial auction and conduct a new auction in which his client was able to participate. He led his client’s successful bid and subsequent acquisition of a business for $25 million. See In re Sunland, Inc., 507 B.R. 753 (Bankr. D. N.Mex. 2014).

John Hall regularly represents defendants in bankruptcy preference matters, including multi-million dollar recovery actions brought by bankruptcy estates and trustees. Among his many representations in this area, John obtained a complete dismissal of all claims against a health insurer being pursued for preference claims by employing a novel strategy based largely on the priority claim that his client would be accorded in the case.  See In re Falcon Products, Inc., et al., 372 B.R. 474 (Bankr. E.D. Mo. 2007), aff’d In re Falcon Products, Inc., et al., 2008 WL 363045 (E.D. Mo., Feb. 8, 2008).