On June 5, 2020, the Office of the Comptroller of the Currency (OCC) published in the Federal Register a final rule revising its Community Reinvestment Act (CRA) regulations. This revision was meant to strengthen and modernize implementation of the CRA in order to make the CRA regulatory framework, in the OCC’s words, “more objective, transparent, consistent in application, and reflective of changes in banking.”

Although the rule becomes effective on October 1, 2020, the earliest compliance date isn't until January 1, 2023 (for banks with assets above $2.5 billion). However, the new rule leaves undefined key thresholds and benchmarks to determine the level of performance necessary to achieve a satisfactory or better rating, thus making it more difficult for banks to evaluate their CRA-related activities in the interim.

The final rule is intended to benefit banks' CRA-related lending, investment, and services in low- and moderate-income communities by reforming key components. Specifically, the final rule:

According to the OCC, the new rule changes aspects of the current CRA framework that have unintentionally inhibited banks’ CRA activity by creating uncertainty about which activities qualify and how much those activities contribute to a bank’s CRA rating. By moving from a system that the OCC characterized as primarily subjective to one that is primarily objective, CRA ratings “will be more reliable, reproducible, and comparable over time,” according to the OCC.

The OCC’s new framework sets forth (1) criteria for qualifying activities that currently receive CRA consideration, and (2) additional criteria to capture activities that are consistent with the statutory purpose of the CRA but that might not have generally received credit under the current CRA framework. Accompanying the final rule, the OCC published in PDF format a non-exhaustive list of activities that qualify for CRA consideration, which will be updated periodically in accordance with the final rule. The final rule also establishes a process for banks to submit a specified request form if they wish to seek agency confirmation that an activity is a qualifying activity. In contrast to the current CRA framework, mortgages made to middle- and upper-income borrowers in low-or moderate-income census tracts will no longer qualify for CRA consideration. In addition, the final rule mandates inclusion of consumer loans (other than credit cards and overdraft products) in a bank’s CRA evaluation.

The final rule changes the current reliance on a bank’s physical branch footprint to a framework that utilizes both the traditional branch-based assessment areas and, for banks that gather deposits through the Internet and other non-branch-based channels, broader assessment areas delineated based upon the areas from which they draw more than a specified percentage of assets. Under the final rule, banks that collect above 50% of their total retail domestic deposits from outside of their physical branch footprint must delineate additional assessment areas in those areas where they draw more than 5% of retail domestic deposits. Banks may delineate such additional assessment areas as broadly as statewide.

The OCC states that the final rule is designed to incentivize bank CRA-related lending, investment, and services in low- and moderate-income communities by tailoring performance goals to the characteristics of the populations served by each bank. The final rule contains a set of new “general performance standards” that establish more quantitative measures of CRA performance than do the tests set forth in existing CRA regulations. This is done through a series of metrics that use a bank’s call report data to determine the amount of qualifying activities, applied to each assessment area and to the bank as a whole. The metrics will consider the volume of mortgage, consumer, small business, and small farm loans and community development lending and investments. Although the final rule states that there will be quantitative benchmarks established for grading banks’ CRA rating, these thresholds will be deferred until the OCC assesses the improved data. Banks will submit their lending data according to the contours of the final rule, which the OCC will then analyze to set thresholds for outstanding, satisfactory, needs to improve, and substantial noncompliance ratings. Small banks (banks with assets of $600 million or less) and intermediate banks (banks with assets of $2.5 billion or less) will have the option to be evaluated under the existing CRA framework or the new framework.

The OCC’s final rule is lengthy (more than 400 pages in its original form and 101 pages in the form published in the Federal Register on June 5, 2020) and contains much more detailed information. If you have any questions regarding the new OCC CRA framework, please contact Len Essig, Kylee Emert, or one of our Banking & Finance attorneys. 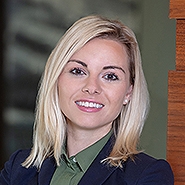